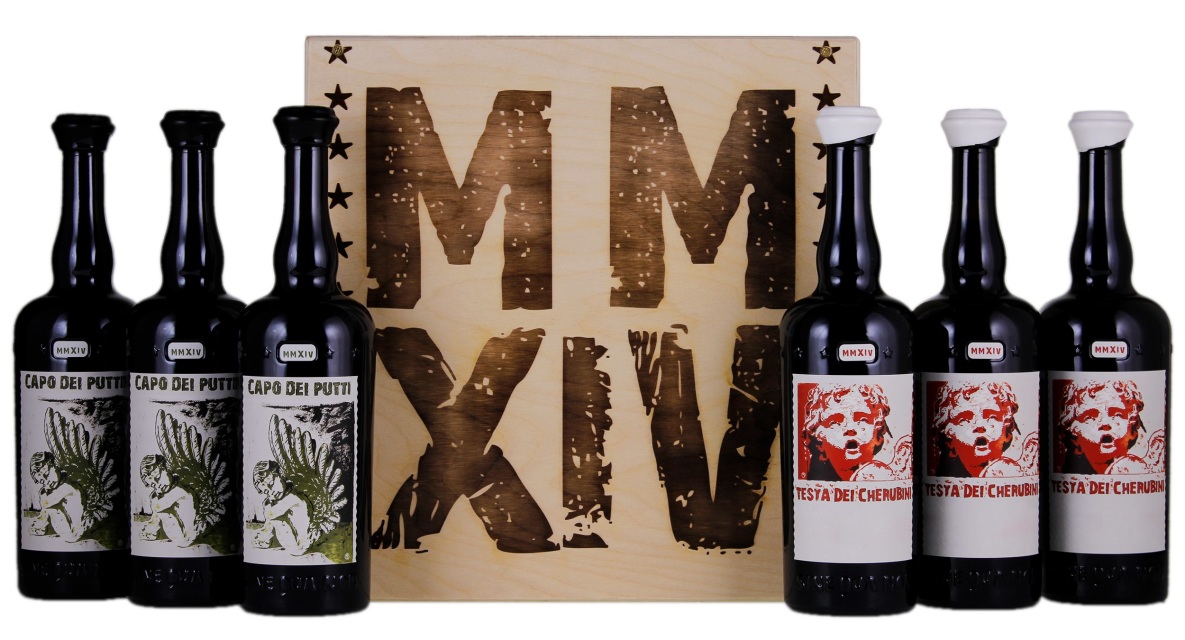 The 2014 Syrah Capo dei Putti saw an amazing 38 months in fully 94% new oak, and it was showing superbly when I tasted it, unfurling in the glass with brooding aromas of blackberry preserve, cherries, bay leaf and a remarkably integrated framing of smoky new oak. On the palate, the wine is full-bodied, hyper-concentrated and deep, with an incredibly dense core of fruit that's definitely ripe but avoids overt sucrosity—and is complemented by an impressive degree of savory nuance. It's a blocky, dense Syrah that will merit some time in bottle, but it is sure to make a considerable impact whenever it's opened. 896 cases, 228 magnums and 30 double magnums were produced.

The 2014 Grenache Testa dei Cherubini saw fully 37.5 months in wood, some 25% new, but its influence is imperceptible; the wine is strikingly pure and vibrant. Krankl commented that the longer the wines spend in barrel, the more slowly they seem to evolve in bottle. Unfurling in the glass with aromas of juicy red cherries, peonies and plums, it's initially quite reserved, becoming more expressive with air. On the palate, the wine is full-bodied, layered and very concentrated, with strikingly fine-grained, revolved tannins, juicy acids and impressive length and depth. Like the 2015 Le Chemin Vers l'Hérésie also reviewed in this report, it's remarkably pure and integrated and ranks as one of the finest Grenache bottlings I've tasted from Sine Qua Non. It's also one wine that will clearly benefit from bottle age, no matter how tempting it may be when it's released in November of this year. The blend includes 15.5% Syrah, 4% Petite Sirah and a tiny 0.5% of Viognier, and 895 cases, 228 magnums and 30 double magnums were