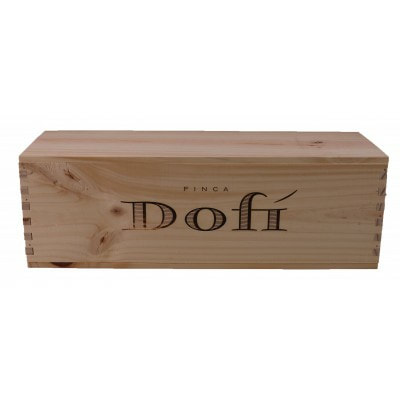 2011 was not an easy act to follow as it produced what probably was the best Dofí to date, yet the 2013 Finca Dofí is as good or even better! The single-vineyard 2013 Finca Dofí, made since 2011 with Garnacha and perhaps 5% Cariñena (previously made with Cabernet Sauvignon), was fermented in oak vats with indigenous yeasts and matured in barriques for 16 months after malolactic. They have achieved a level of sophistication in the élevage of this wine because it is completely different from the wines of, say, 2005 (or 1995!) that were hard and full of tannins. This 2013 is nothing like that. Of course, there are tannins, but the texture is completely different, more akin to a Barolo with earthiness that is coated by ripe fruit to create a singular, unmistakable Priorat. Again, the best Dofí to date. 18,000 bottles produced. ROBERT PARKER. THE WINE ADVOCATE. 96/100