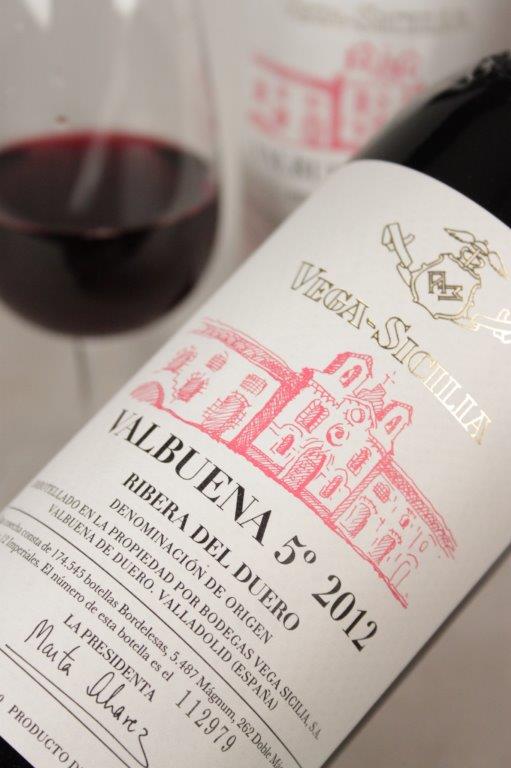 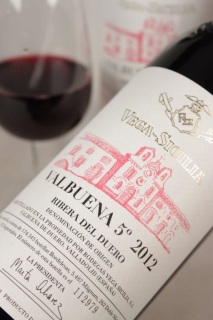 The 2012 Valbuena was cropped from a vintage with a very dry and warm summer that resulted in very healthy grapes. Since the 2010 vintage, this wine is fermented plot by plot following the findings from a soils study they did. The élevage is in French and American oak barrels that on average lasts some 18 months followed by another 18 months in 20,000-liter oak vats, but of course some lots had more time in barrique and others more time in vat. It has ripe tannins and a powerful mouthfeel but with a soft texture. Even if it's not widely mentioned, it always has had some French grapes, mainly Merlot, but this 2012 is the first Valbuena ever to be really 100% Tempranillo—because the Merlot didn't behave well in this warm and dry year. It follows the path opened by the 2010, more precise and elegant, rounded by that extra time in larger vats to finish polishing the tannins. I find this 2012 halfway between 2010 and 2011. It has depth and elegance, more serious than Alión, which is always the (maybe unfair) comparison. 174,545 bottles and some larger formats were filled in April 2014. Robert Parker. The Wine Advocate. 95/100.